Bowie in Bangkok. Now Gone. And Still With Us. Like the Memory of My Shoe. 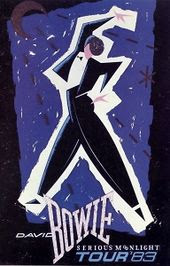 I was 13, and there were no seats. We stand in the vast oval of the Thai Army Stadium in Bangkok, crammed with Thais and me and my brother. Not sure who came on before Bowie but we waited and waited and waited for what seemed like hours after the taxi dropped us off.

He walks on stage finally. Platinum hair, Royal blue pantsuit. The arena comes alive. and the crowd presses forward in one solid piece. I am pulled downward then forward then my feet lift off the ground and I think, This is what it's like to die crushed in a crowd.

I can see my brother trying to push space for me and for him but our small bodies have no power. We surge apart. One shoe comes off my foot. A fragile white mesh flat, ballerina slipper. Really impractical footwear when trying to survive a stampede. I feel frantic, undone, one bare foot feeling the packed dirt of the stadium floor. But I am upright and I know this is good. The pushing stops, it might only have been a moment stretched out by adrenaline, and I feel relieved to be standing, relieved that the undertow of the crowd was gone as fast as it came. The music starts. No, maybe I just can hear it now. My heartbeat slows. And I watch as a fragile white mesh slipper passes hand over hand above the crowd, seemingly straight towards me. I don't remember signaling or waving, "Hey that's my shoe." Kind of like the magic of a 3D movie, when it comes straight to you and you don't even ask. I slip my white mesh shoe back on. I am breathing and taking in the world-sized beat of Bowie.

My brother and I decide that Bowie was late because he was dying his hair hours before the show. It shines white in the spotlight and he sings Oh Baby Just You shut Your Mouth.... Shhhh...... Hands rest on my shoulders throughout the show, Thai-style, where bodies aren't separated by personal space bubbles and we are all connected and very much alive, thrumming to the energy of one Mr David Bowie in Bangkok 1983.
Posted by Sarahj at 11:38 AM No comments:

As a Teen TCK, What Are Your Memories of Music?

Bootleg tapes on the street corner. 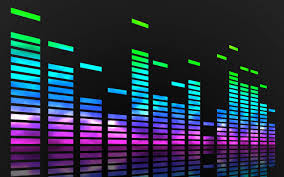 Pop songs when all I wanted to hear was alternative New Age.

My favorite typo entered into my TCK Lexicon: "Comfortably Nump" on my Pink Floyd The Wall tape. Like most TCK jokes, you had to be there. I mean that literally. You had to be there, in that country, at that time.

What I would have given - to see The Clash, Violent Femmes, Yazoo -


As a teen TCK, what are your memories of music?

Our access to music played an influential role in our experience of TCK teenagerdom. I was in Bangkok for my late teens, my US summers spent recording tape-to-tape from my cousins' music collection, the likes never found among the stacks of bootleg tapes on street tables in Thailand. Oingo Boingo. Siouxsie and the Banshees. The Cure. Belgium for my early teens, leaving me imprinted with a European version of fantastic 80s music. Pass the Dutchie. And I called them Yazoo. Not Yaz, which I still can't get used to.

And I did get to see David Bowie. With the news of his January 10 death came the memory of his concert. Bangkok 1983. I always thought of it as Bowie's "Let's Dance" concert, but it was actually his Serious Moonlight tour. I know this now because I just looked it up. At 13, I went to the show in Bangkok on December 5, 1983. I loved it. I was there. That's all I knew.

In this "information age" I can access from the bird's eye view: from May to December, 15 countries and 95 performances. How many TCKs saw this tour? Standing in our own mini-worlds, in our own mini-moments? Were you there? Maybe you saw him in Auckland, New Zealand - the show he played before Bangkok.


"The David Bowie Serious Moonlight Tour was thus far Bowie's longest, largest and most successful concert tour. The tour opened at the Vorst Forest Nationaal, Brussels, on 18 May 1983 and ended in the Hong Kong Coliseum on 8 December 1983; 15 countries visited, 96 performances, and over 2.6M tickets sold. The tour garnered mostly favorable reviews from the press.


"The tour, designed to support Bowie's latest album Let's Dance, was initially designed to be a smaller tour, playing to the likes of sub-10,000-seat indoor venues around the world, similar to previous Bowie tours. However, the success of Let's Dance caused unexpectedly high demand for tickets: there were 250,000 requests for 44,000 tickets at one show, for example, and as a result the tour was changed to instead play in a variety of larger outdoor and festival-style venues. The tour sold out at every venue it played.

"The tour was a high point of commercial success for Bowie, who found his new popularity perplexing. Bowie would later remark that with the success of Let's Dance and the Serious Moonlight Tour, he had lost track of who his fans were or what they wanted. One critic would later call this tour his "most accessible" because "it had few props and one costume change, from peach suit to blue."

Thanks, Wiki. It is what I remember he looked like. White hair. Peachy white suit.

Posted by Sarahj at 2:24 PM No comments: